Training and experience, a 40-year journey 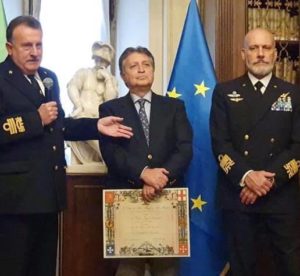 Dr Sergio Pintaudi graduated in Medicine and Surgery in 1977, he worked as a medical doctor in state hospitals for the National Health Service from 1978 to 2018.

Specialist in Anesthesiology and Resuscitation

Specialist in Legal Medicine and Insurance

Dr Pintaudi was the head of the Accident and Emergency Department of the Hospital Garibaldi of Catania, Italy.

He has developed pioneering sectors of medicine combining both scientific and welfare aspects. He is considered among the pioneers in organ gathering and transplantation in the Sicilian Region having started in this field in 1986, when not only in Sicilia but all of Italy began to work on this. Thanks to his activity and skills in this sector he has held regional and national positions in organizational and legislative design in the sector of transplantation management and legislation.

He was a member of the National Transplantation Consultancy Group from 2006 to 2011, and has participated in the “Working Group for the Updating of the Regulations concerning the modality for ascertaining and certifying death” from which came the ministerial decree, DM 582/94.

In the sector of anesthesiology and resuscitation his name is linked to important acquisitions that, together with his team, reported notable success in national and international journals concerning 4 pregnant women in deep coma due to cerebral hemorrhagic who, with his assistance, were able to give birth. The Resuscitation  unit of which he was head, was named “Antonella Caruso” in memory of one of these pregnant women, who, after giving birth to a daughter “Ilenia”, died in Innsbruck where she had been transferred for neurorehabilitation. Of this rare condition there have been only few cases in Resuscitation units worldwide, and never 4 cases.

Working in the sector of Bioethics regarding the activity of the Resuscitator, he promoted the “Document of Catania” in which there are the principal guide lines of ethical conduct for the treatment of patients undergoing resuscitation as well as terminal patients.

From 2003, following the phenomena of health alarm due to the re-emergence of infectious pathologies as well as new ones (SARS, Mers-CoV, Ebola) and following migration phenomena, he has been interested in the health aspects inherent in the health safety of the population, coordinating a working group for the elaboration of systems to identify infectious pathologies and how to defend ourselves from them, in particular for those pathologies for which no treatment exists yet.

He was the evaluator of the Migrant Health Contingency Plan 2017, of the Sicilian Region – for the part concerning “Biocontainment” – and was the promotor of the acknowledgement of the Hospital Garibaldi of Catania as the “Regional Reference Center for Biocontainment” for which, today, the Hospital Garibaldi is included in the NATO document “Compendium of Resilience Guidelines for the Seven Baseline Requirements” of “Planning of the Health Response in cases of Situations of National Emergency and Unforeseen Migratory phenomena of National Importance”.

He is also the promotor of an intense training activity of civil military health personnel and health information for the general public.

He has had numerous scientific publications, (63 papers, 4 Monographs, 1 Volume), he has participated in Congresses and Training Courses as speaker and teacher (144), and been cited in national papers and received national and international recognition.

Director of the Emergency Department of the Hospital Garibaldi Catania.

Director of the Complex of Anesthesia and Resuscitation “Antonella Caruso” Hospital Garibaldi Catania.

Vice Regional Coordinator for Transplantation for the Sicilian Region.

Expert of the National Permanente Technical Consultation Group for Transplantation for the Ministry of Health.